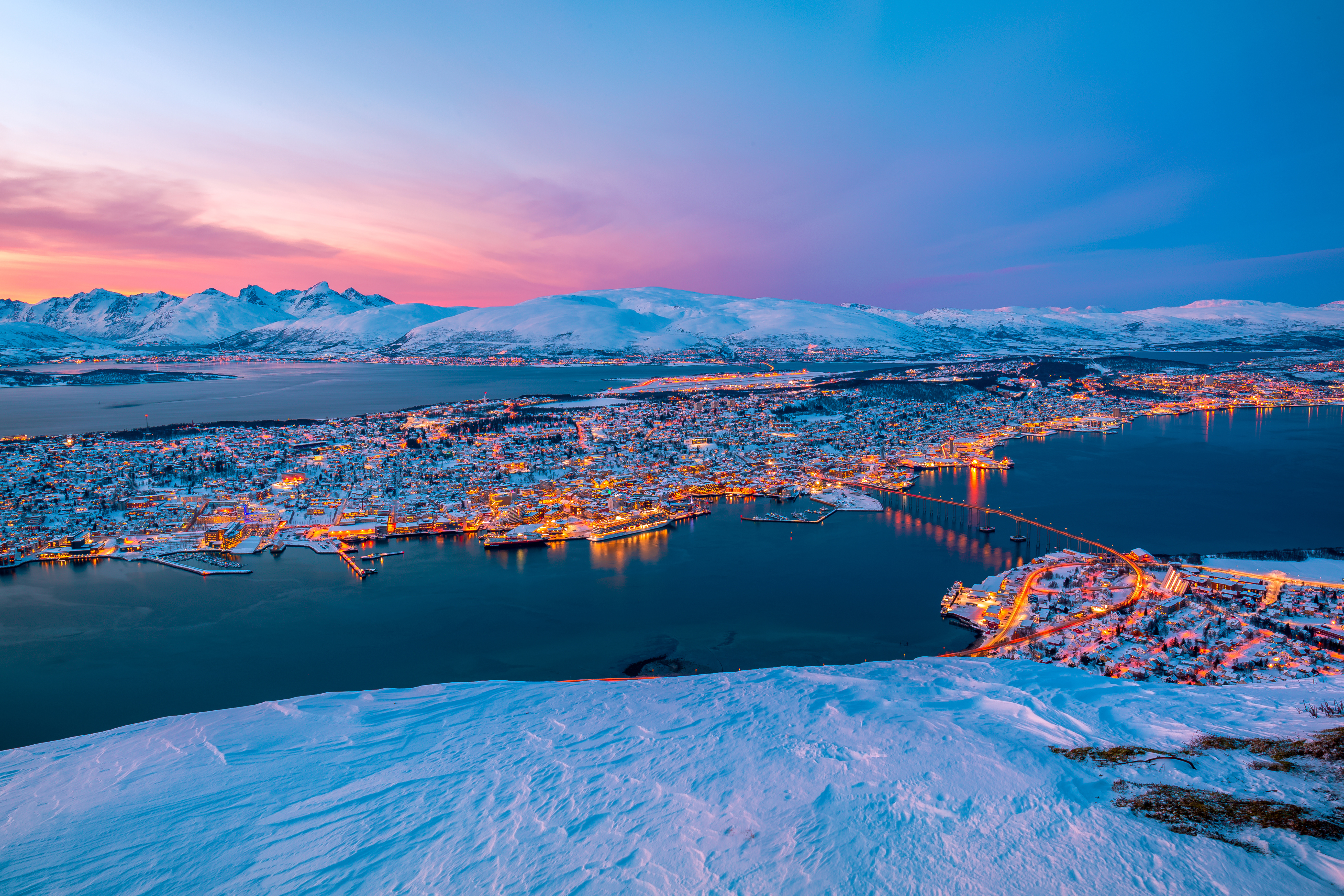 The right latitude for Arctic adventures!

Headed to Norway’s great, white north? Kick off your Arctic adventure in Tromsø, the country’s gateway to the region.

Compact and modern, this engaging city lies some 400 km (250 mi) north of the Arctic Circle. Mere steps from wilderness and framed by breathtaking mountains and fjords, Tromsø’s got “the right latitude” for unique winter and summer adventures.

Some call Tromsø the “Paris of the North.” Think that’s a stretch? Well, this charming place got the nickname for good reasons. Tromsø boasts Norway’s largest collection of historic wooden houses north of Trondheim, for one. It also offers one-of-a-kind attractions like Macks Ølbryggeri, the northernmost brewery in the world.

And despite its small size, Tromsø’s home to not one cathedral, but three: two 19th century wooden structures plus the striking, modernist Arctic Cathedral — actually a parish church with an outsized reputation and stunning locale. Then there’s a world-class theatre and festival roster, a chock-full menu of trendy and tasty restaurants, and a big-city café, bar and pub scene. Tromsø’s other moniker? “The Nightlife City.”

Speaking of nocturnal pursuits, ready to try your luck at spotting the Northern Lights? Tromsø’s smack dab in the middle of the auroral oval, the area with the highest probability of seeing this ephemeral, elusive sky show. So, if you’re in Tromsø between September and April, your chances are good.

And remember: Tromsø’s also not just Norway. The city lies in northern Scandinavia’s Sápmi region, traditionally home to the Sámi people and culture.

And there’s still more to do! If Tromsø is on your travel itinerary, you have come to the right place. Stick with us and have fun adventuring!

Hand-feed reindeer and taste a traditional Sami lunch to the sounds of Sami folk songs in Tromsø
From NOK 1 190,-