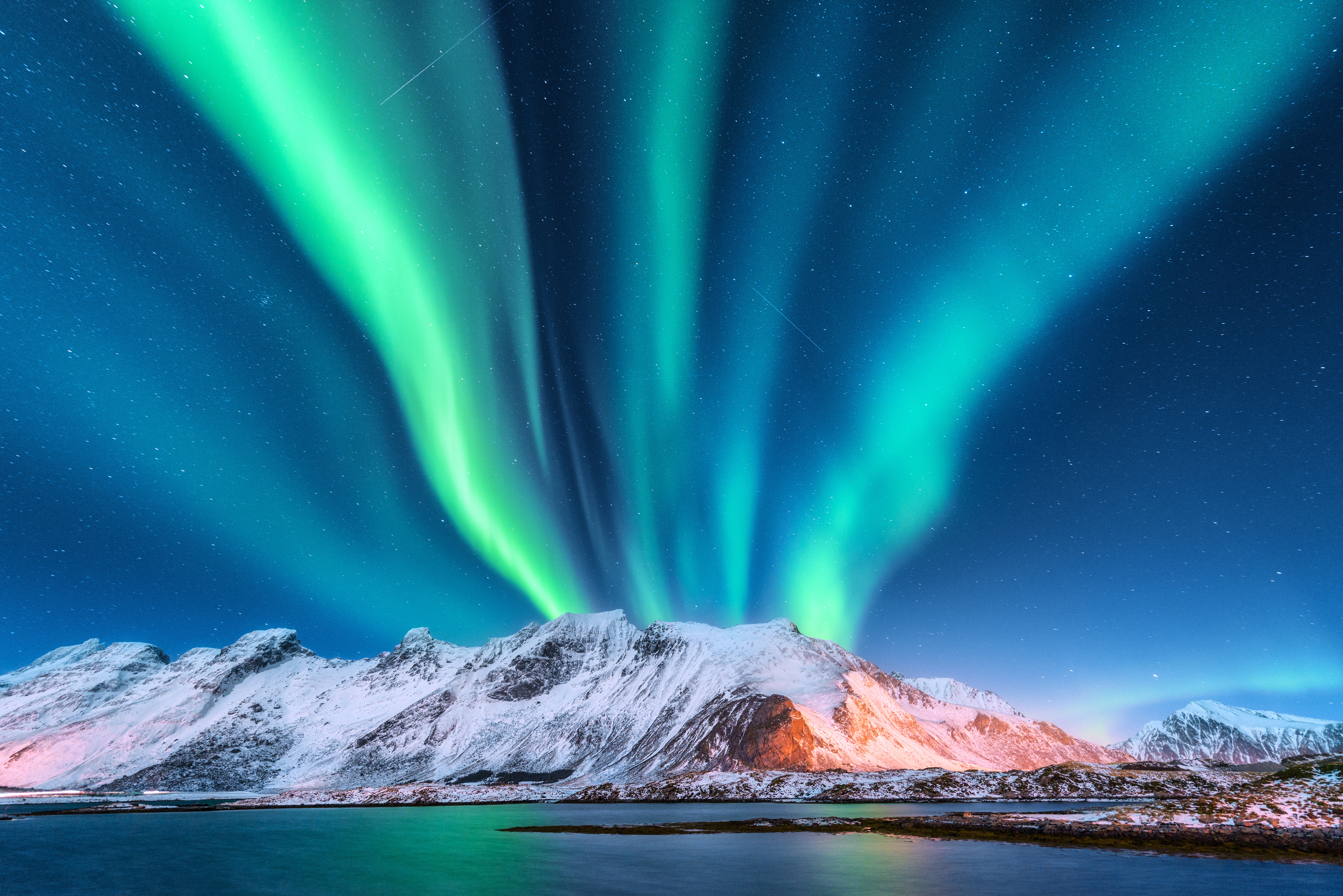 The land of Arctic adventures

For dramatic scenery and subarctic adventures look no further than Northern Norway. Warmer than other locations at the same latitude, due to the warming North Atlantic Current, you can visit this enchanting area year-round during their 4 distinct seasons.

From May until July the midnight sun shines, while in the winter there is complete darkness from November until January! Except for when the northern lights or aurora borealis as they are also called, are flashing across the sky.

World-class seafood—and world-class fishing—is available all year, although the most exciting time to take part in the fishing is between January and April. This is when the migrating Atlantic cod arrive from the Barents Sea. Called skrei, the wandering ocean stock is famous for its lean meat and delicious flavour.

Many wildlife species can be spotted throughout the North, such as sea eagles, puffins, reindeer, whales and seals. Among popular activities you find sea kayaking, fjord cruises and dog sledding.

The vast expanse of this stunning area stretches from Helgeland, just south of the Arctic Circle, to Finnmark sharing borders with Russia and Finland in the northeast.

Northern Norway comprises one third of the Norwegian mainland but accounts for only one tenth of the country’s population. Among its famous destinations you will find Tromsø and the Lofoten islands

To say the area is dominated by nature is putting it mildly. Multitudes of islands and archipelagos are scattered up the winding and rugged coastline. Towering mountains and fjords stretch from the water to the sky. Inland contains dense spruce forests, where wide rivers, tall mountains and even glaciers can be found.

If Northern Norway is on your travel itinerary, you have come to the right place. Stick with us and have fun adventuring!

Discover the snow-covered arctic landscape the way the locals do on this North Cape expedition
From NOK 2 815,-

Enjoy the arctic snow on an ATV driving through stunning winter nature outside Honningsvåg
From NOK 1 050,-

Enjoy a scenic tour at Magerøy Island and visit the North Cape globe
From NOK 2 815,-

An epic winter adventure to the roof of Honningsvåg hunting the northern lights
From NOK 1 550,-

A fun snow activity close to Honningsvåg suited for everyone
From NOK 680,-

Hand-feed reindeer and taste a traditional Sami lunch to the sounds of Sami folk songs in Tromsø
From NOK 1 190,-